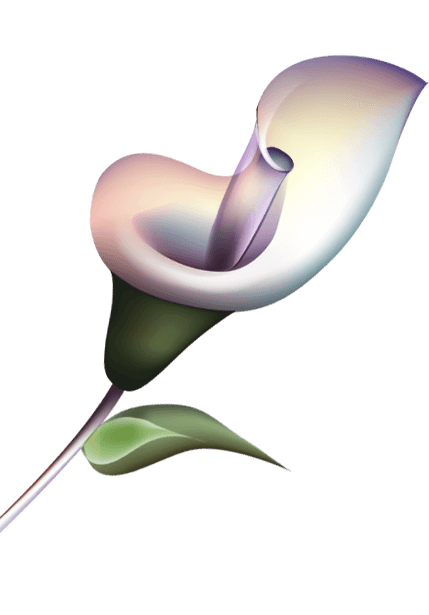 Our Family Serving Yours

Most people are familiar with what is known as the ‘Traditional Burial.' The traditional funeral service is generally structured around the following elements:

Visitation: Many funeral services include a period of visitation or a wake, with the deceased in an open or closed casket and often resting in one of the reposing rooms at the funeral home. It is during this time that relatives and friends gather with the immediate family, in the presence of the deceased, to extend sympathy and comfort. Most families choose to view the remains of their loved one, if it is all possible. The family should view the deceased for the first time in privacy. Generally, a family will be advised to come to the funeral home approximately a half-hour before public visitation. At this time, the funeral director will meet family members and escort them to the room in which the casket has been placed.

Funeral Service: A funeral service is a ceremony during which relatives, friends and associates pay respect to the deceased and comfort the survivors. Regardless of religious affiliations, it is customary to hold a funeral service as means of giving testimony to a life that was lived. For those who are religious, the service is a spiritual occasion, usually in a church or funeral home chapel with clergy officiating. Others may choose a “humanistic” or secular service.

The scheduling of a religious service will depend upon the schedule of officiating clergy. The funeral director will look into such schedules shortly after the arrangement meeting. In general, Roman Catholic services are held in the morning, while other denominations will hold services at any time of the day. The service is often designed by the family in consultation with the clergy, funeral director and members of fraternal, military or other organizations previously affiliated with the deceased. The career or profession of the deceased may also be a part of the service. For instance, if the deceased had been a member of the police or fire departments, fellow members usually attend the service in full uniform, while some may serve as pallbearers or honor guard.

The type of hymns, songs and music selected for the service is another way in which a family may pay tribute to a loved one. It is not uncommon to see youth or adult choirs, bands, guest soloists or musicians in attendance. Music can be a very special component in this service of thanksgiving and celebration. Some families may also elect to have a personalized bulletin printed and distributed at the church or chapel outlining the order of service along with hymns, poems or any other script that had special meaning to the deceased.

To prepare for the funeral service, the funeral director will arrive at the church or chapel 30 to 45 minutes before it is scheduled to start. Preparations may include the placement of flowers at the alter, coordination of the pallbearers and others participating in the service, and greeting family members and friends. Most important, the funeral director is there to answer questions and tend to last-minute details, thus supporting the grieving family.

Committal Service: The final segment of the funeral is the committal service conducted at graveside or the crematorium. It may be either public or private.

In the case of a traditional funeral with earth burial, the committal service will take place directly following the service at the church or chapel. The easiest, most orderly way to get from the place of the service to the cemetery is by procession. Therefore, the funeral procession remains an integral part of the funeral.

Earlier on the day of the service, the gravesite is prepared. Preparation usually consists of the placement of a protective grave liner or burial vault, grass matting, a lowering device and a canopy. Upon arrival at gravesite, the funeral director, clergy, family and friends will gather around the final resting place of the deceased as the pallbearers place the casket on the lowering device. Prior to the service, the family will have chosen between lowering the casket into the grave, partially lowering it so the top of the casket is at ground level or not lowering it until the family leaves the cemetery. There are varying opinions about this practice, and it would certainly be prudent to speak to both the funeral director and clergy before making a choice. However, partial lowering has become the accepted practice.

Once the casket and mourners are in position, the clergy will commence a short committal service. Beginning with prayers, the clergy will then formally commit the deceased to the earth. During the committal service for a Roman Catholic, the priest will sprinkle holy water on the casket and ground, symbolizing the consecration of the grave. In this case, the casket is not lowered until this is done. For other denominations, the funeral director may sprinkle sand over the casket as a symbol of the phrase “ashes to ashes and dust to dust”. The casket may be lowered or remain stationary during the sprinkling of the sand. Following the clergy’s remarks, representatives of other organizations or groups are given the opportunity to pay tribute to the deceased. Each have their own rites and rituals, which are performed with dignity and out of respect for the deceased.

After the committal service, the funeral director will see to the needs of the family and then drive the clergy back to the church. It is only after all mourners have departed that the graveside equipment is removed and the grave closed.

When cremation is chosen, some denominations prefer to have what is known as a “committal to the flame”. In this case, the clergy will be present at the crematory just prior to the placement of the deceased in the crematorium by the funeral director. A short service is conducted, followed by cremation. Family members may or may not choose to attend. Following cremation, if the cremated remains are to be interred, the interment will also be preceded by a committal service similar to that mentioned above.

Funeral Reception: Many choose to host this post-service gathering (or repast) at a reception hall. This is considered a time to share memories, laughter, and support.

A funeral service, whether traditional or more modern (memorial service or celebration-of-life), has two functions: to acknowledge the death and lifetime achievements of an individual and to bring grieving family members and friends together in support of one another during this difficult time.

If you are interested in making funeral arrangements for a loved one, we invite you to call us to begin.